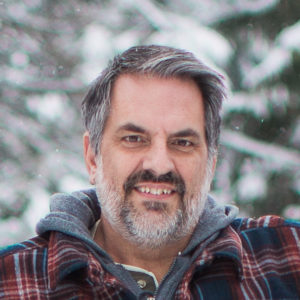 Paul Lalonde is a pioneering producer and writer of entertainment in the apocalyptic-thriller genre. With humble beginnings, Paul parlayed a small direct mail company that dealt with everything from real estate to dog training into a $100 million+ production and distribution studio (Cloud Ten Pictures) complete with its own in-house marketing team.

Paul’s brand of direct marketing is the core strategy at the heart of all promotional campaigns that have been critical to identifying, targeting and engaging individuals on a mass level. The film industry and mass media took notice. Stories about Paul and the success of Cloud Ten Pictures were widely reported in the Los Angeles Times, The Wall Street Journal, GQ, The New Yorker, Forbes Magazine and CNN, to name a few. It has also brought the company nominations for the prestigious “Ernst & Young Entrepreneur of the Year Award”, “Canada’s 50 Best Managed Companies” and “Canada’s Outstanding CEO of the Year” awards.

Cloud Ten Pictures’ library of 20 films, documentaries and TV shows have also sold more than 10 million DVDs. Each project had its own marketing and promotional strategies that reached its audience via highly honed social media ads (he developed a proprietary method that remains unmatched) direct emails, targeted and newsworthy PR, third party endorsements and partnerships along with traditional print radio and TV ad buys. After more than 20 years of auditing, sharpening and practicing these marketing strategies, Paul began Cloud Ten Creative Services to help other projects, organizations and businesses in ALL sectors to find their best possible audience(s) and grow exponentially in both size and profitability.

Most recently, Cloud Ten Creative Services created and executed the marketing and publicity campaign for the theatrical release Let There Be Light starring Kevin Sorbo (Hercules, God’s Not Dead) and executive produced by Sean Hannity (Fox News). Shot for $3 million, the film made over $7.2 million at the box office, becoming the 4th largest Christian movie and one of the top ten grossing limited releases of 2017.

In addition to being CEO of Cloud Ten Creative Services, Paul continues to write and produce. He has secured the film rights to all 16 of the New York Times Best Selling Left Behind books that have sold more than 60 million copies worldwide. He has more films planned for 2018 and YES he will be retaining Cloud Ten Creative Services to handle all aspects of marketing and publicity. Cloud Ten’s accumulated wealth of contacts  and resources in all aspects of business remains best in industry.

Between Heaven and Ground Zero -2012

This Week in Bible Prophesy